In order to ensure that a packaging system meets the legal and normative requirements, our testing laboratory has a large number of ISO 17025 accredited physical testing methods for testing a wide variety of packaging systems.

The following procedures and tests are available for inspecting packaging integrity:

Building on our many years of experience in the field of packaging testing for medical devices, we offer comprehensive skills and advice for the validation of sterile barrier systems of all kinds, which are by no means limited to sealed seam packaging.

We conduct the numerous packaging tests described above, design the test planning with you, advise you on the selection of suitable testing methods, draw up the validation plans, evaluate the test results and document them in comprehensive reports.

Our contact persons with their extensive scientific expertise are at your disposal at any time!

The tensile test is carried out according to EN 868-5 and ASTM F88/F88M. During the tensile test, one or more strips of defined width (e.g. 15 mm) are cut out of the packaging at right angles to the sealing seam.

A calibrated tensile testing machine is used to measure the force required to open the sealing. An inspection of the entire seam is not possible here.

This test provides quantitative measurement results which can then be statistically evaluated.

The tensile test is particularly suitable for:

a) Testing the homogeneity of a sealing seam by sampling specimens of defined width at different points from the circumferential sealing seam;

b) Testing the reproducibility of a sealing process by sampling specimens of defined width at the same point of the sealing seam of one or more packaging batches;

c) Testing the temporal consistency of the sealing seam by sampling specimens of defined width at the same point of the sealing at different times of an ageing test.

Testing is performed in accordance with ASTM F1140/F1140 M without restraining plates or ASTM F2054/2054M within restraining plates. In the burst pressure test, the entire packaging or the circumferential sealing seam is tested.

To do so, the unopened packaging is inflated under increasing pressure until it can no longer withstand the pressure and bursts open.

In contrast to the tensile test, the burst pressure test offers the advantage that the packaging stability and integrity as a whole can be assessed by the compressive load of the complete sealing seam, since the event causing the damage will occur at the weakest point of the sealing seam and thus weakly sealed areas can be identified.

This test provides quantitative measurement results which can then be statistically evaluated.

The test is conducted in accordance with ASTM F2096. For this purpose, a certain test pressure is applied to the packaging under water and the formation of air bubbles rising from the packaging is observed.

The use of the bubble test is advantageous when testing the performance of packaging, for example in terms of transport validation. This means that not only damage to the sealing seams but also to the films resulting from stress caused by the transport simulation can be detected.

The results are qualitative and are provided in pass/fail criteria.

In addition, surface materials can also be examined according to ASTM F3039.

The dye penetration test is particularly suitable for testing sealing seams during the qualification of a sealing process (according to ISO 11607) or as part of an ageing test.

The results are qualitative and are provided in pass/fail criteria.

The visual inspection of the sealing seams is carried out in accordance with ASTM F1886 / F1886M. This and the peelability test are usually carried out in combination and serve to assess the functioning of the packaging or sealing process (ISO 11607).

During the visual inspection, the sealing seam of the empty packaging or in the presence of the packaged product is checked for wrinkles, inhomogeneity or channel formation. Subsequently, the peelability can be inspected.

During this test according to EN 868-5, the sealing seam is opened by manual pulling on it (as when unpacking the product).

Visual assessment of the peeled seam allows conclusions to be drawn about homogeneity and defects or fraying. This test is often conducted as part of the functional evaluation of the packaging or sealing process (ISO 11607-2). If necessary and suitable, the width of the sealing seam can also be measured.

Packaging validation as per ISO 11607

We advise our customers in the selection of testing methods. Together with our customers, we design the test planning and evaluate the test results in comprehensive reports. Our documentation and working methods are based on ISO 11607.

We consult on and check all steps necessary for a complete packaging validation, such as

We offer our customers packaging ageing under real-time conditions, we remove the packaging on time and then carry out the tests.

Accelerated ageing / ageing simulation according to ISO 11607 or ASTM F1980

In order to ensure product safety and sterility even during transport, the ISO 11607 standard requires performance testing in the form of transport validation.

We conduct these for our customers through the involvement of qualified cooperation partners. During a transport validation, e.g. according to ASTM D7386 or ISTA 2A, the finally packed products are exposed to various stresses which serve to simulate transport, such as temperature and humidity changes, vibration, drop test, negative pressure, etc. Once the packaging has gone through the defined test sequences, a visual examination of the individual components of the packaging system can be carried out. In addition, our test methods for checking packaging integrity are also applied here.

There are no standardised test methods for testing the packaging’s barrier integrity against microorganisms.

DIN 58953-6 provides two methods for testing packaging films. For technical reasons, however, they cannot be used for testing sealing seams and closures.

To test the sealing seams’ and closures’ integrity against microorganisms, we therefore use our own in-house methods, which we have successfully applied several times. Take advantage of the expertise of our scientists, who will be happy to advise you on the selection, determination and planning of testing the barrier integrity against microorganisms.

Should you have any questions about our services, please do not hesitate to contact us. 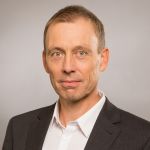 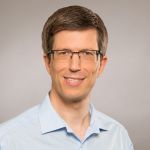